City of Stories is back this summer with 42 workshops taking place across 21 London library boroughs in the city.

All workshops participants will be eligible to enter the City of Stories competition which will be judged by this year’s writers-in-residence: Olumide Popoola, Gary Budden, Meena Kandasamy and Leone Ross. The winning story will be published in the City of Stories 2018 booklet and the winner will be offered a place at StoryLab masterclass in October and have the opportunity to read their story at City of Stories celebration events in November. These workshops are for adults aged 18+ and are free to attend.

Find out which workshops are taking place at your local library from the list below and book your free ticket here: http://bit.ly/LondonCityofStories.

If you would like to attend a City of Stories workshop and have an access requirement, please do get in touch with Aliya Gulamani at aliya@spreadtheword.org.uk and we will do our best to facilitate your needs.

About the City of Stories workshop leaders 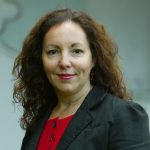 Anita Belli is a compulsive writer and creative tutor, who caught the writing habit as a child and has spent a lifetime trying to get other people hooked. She is passionate about Art and History, and writes novels about the consequences of the past catching up with us. She is now a full time novelist, and also works with local communities, writers and non-writers, aiming to encourage more people to tell their own story in their own way, and to publish their work. 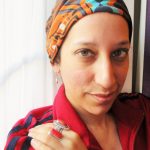 Bidisha is a compulsive writer and creative tutor, who caught the writing habit as a child and has spent a lifetime trying to get other people hooked. She is passionate about Art and History, and writes novels about the consequences of the past catching up with us. She is now a full time novelist, and also works with local communities, writers and non-writers, aiming to encourage more people to tell their own story in their own way, and to publish their work. 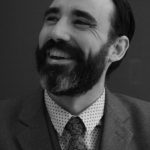 Jarred McGinnis was the creative director for ‘Moby-Dick Unabridged‘ at the Southbank Centre. His short fiction has been commissioned for BBC Radio 4 and appeared in respected journals worldwide. Most recently he has been shortlisted for the Galley Beggar Story Prize, the Wasafiri New Writing Award, and the Royal Academy Short Story Prize. He is an Associate Writer for Spread the Word, a mentor for the Word Factory‘s Apprentice Scheme and a writer-in-residence at First Story. 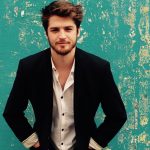 Lewis Buxton is a poet and arts producer. Having read English at the University of East Anglia, he now leads creative writing workshops in school and libraries around the country. In 2016 he founded TOAST, an arts project dedicated to the professional development of poets in the U.K. His work has appeared in Ambit, Oxford Poetry, Butchers Dog and Ink, Sweat & Tears. He is currently working on his first pamphlet about sport, masculinity & boyhood. 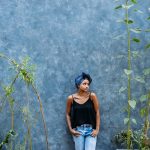 Rachel Long is a poet and the founder of Octavia – Poetry Collective for Women of Colour, which is housed at Southbank Centre, London. She was shortlisted for Young Poet for Laureate for London in 2014 and awarded a Jerwood/Arvon Foundation mentorship in 2015. Rachel has run poetry workshops for The Poetry School, The Serpentine Galleries and at University of Oxford. She is Assistant Tutor on the Barbican Young Poets programme 2015-present. 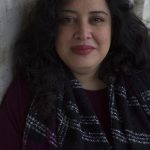 Leone Ross is the author of two critically-acclaimed novels, All The Blood Is Red and Orange Laughter. Her fiction has been nominated for the Orange Prize, the V.S Pritchett award, Salt Publishing’s Scott Prize and the 2018 Jhalak Prize. Her short story collection Come Let Us Sing Anyway (Peepal Tree, 2017) was called ‘searingly compassionate’ by the Guardian. Ross teaches at Roehampton University in London. 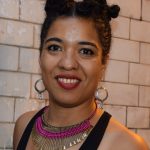 Olumide Popoola’s publications include essays, poetry, the novella this is not about sadness, the play text Also by Mail, the short collection breach, which she co-authored with Annie Holmes, and the critically acclaimed novel When We Speak of Nothing. Olumide has a PhD in Creative Writing and has lectured in creative writing at various universities. 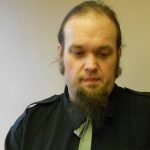 Tom Mallender is writer often found wearing differing hats of genre and form. Born and raised in rural Derbyshire he moved to London as a mature student, and stayed. Tom’s work sees him working across London and the South combining poetry, history and prose with archive work and community projects. 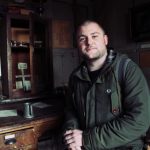 Gary Budden’s debut fiction collection, Hollow Shores, was published by Dead Ink Books in October 2017. He was shortlisted for the 2015 London Short Story Award, and his story ‘Greenteeth’ was nominated for a 2017 British Fantasy Award and adapted into a short film by the filmmaker Adam Scovell. 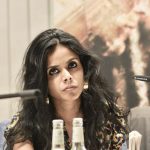 Meena Kandasamy is the author of five books. Her latest, the auto-ficitonal novel, When I Hit You, was listed as one of the best books of 2017 by the Guardian, Observer, Daily Telegraph and Financial Times. She lives in East London. 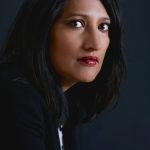 Lainy Malkani is a London born writer, broadcast journalist and presenter with Indo-Caribbean roots. In 2013 she set up the Social History Hub to bring the stories of ‘unsung heroes’ in society to life. Her two-part radio documentary, ‘Sugar, Saris and Green Bananas’, led her to write, ‘Sugar, Sugar Bittersweet Tales of Indian Migrant Workers’, a collection of short stories inspired by historical archive and the memories of the descendants of indentured Indians living in the UK. She has written for the British Library, the Commonwealth and the BBC.