Spread the Word is delighted to announce the names of the 12 writers selected for the longlist of the Life Writing Prize 2021.

Judges praised the ‘powerfully impressive’ quality of the longlist which explore overarching themes of nature, childhood, family, death, immigration, friendship, food, family, love, loss, trauma, youth, living in the state care system and recovery. This year’s submissions were judged by the writers Damian Barr and Frances Wilson, and Catherine Cho, a writer and literary agent. The 12 writers on the longlist are selected from 939 entries from writers across the UK.

Now in its fifth year, the Life Writing Prize, in association with Goldsmiths Writers’ Centre, was established to find and develop the best new life writing from emerging writers. The prize, which is free to enter, and open to UK writers who have yet to publish a full length work or secure literary agent representation, is generously funded by Joanna Munro. 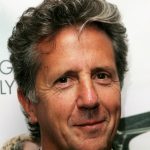 Blake Morrison, Life Writing Prize Patron, said: ‘Life writing used to be the poor cousin of better-known genres. But it’s currently thriving, and the Spread the Word Prize, now in its fifth year, is actively nurturing the genre through its mentoring scheme. Three books by authors have already emerged that way and I expect more to follow.’ 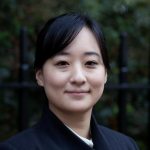 Catherine Cho said: ‘It was a joy to read these wide-ranging pieces, told with ferocity, humour, rage, restraint. Reading each gave a look into a different life, a different voice. It felt very unifying after an isolating year.’ 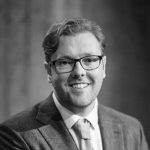 Damian Barr said: ‘Stories are for everybody and everybody has a story. This Prize gives a platform to writers who choose the uniquely challenging and uniquely rewarding life writing as the medium for telling their story. The quality of submissions was powerfully impressive and the range of stories correspondingly rich. Now more than ever we need to really hear one another and life writing encourages us to do that.’

Ruth Harrison, Spread the Word Director, said: ‘Spread the Word is delighted to announce the exceptional writers on the Life Writing Prize longlist 2021. This is the Prize’s fifth year of finding and nurturing emerging life writing voices from a variety of communities. We think their stories open up space for connection and conversation. We can’t wait to publish the online booklet and showcase these exceptionally talented writers with you in June.’

The Prize results will be announced at a special online event on Wednesday 9 June. The event will include a keynote from Life Writing Prize Patron Blake Morrison, plus readings from the winner and two highly commended writers from the 2021 Prize. Judges Catherine Cho and Damian Barr will give brief talks and announce the results, and writer Xanthi Barker, who was highly commended in the Life Writing Prize in 2018, will read from her new memoir. You can book free tickets here: https://lifewritingprize2021.eventbrite.co.uk

An anthology featuring the 12 longlisted writers and their work will be published by Spread the Word online and available to download in PDF format.

Spread the Word will distribute this booklet via email. Literary agents or publishers who would like to ensure they receive a copy, and be amongst the first to read these exceptional new voices, should email bobby@spreadtheword.org.uk 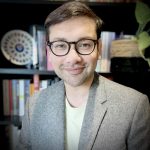 The Nicer One by Santanu Bhattacharya

Santanu Bhattacharya grew up in India. He started his writing life with short stories. In 2012, he won the Chapter One Promotions Short Story Prize. In 2021, he won a London Writers Award and was selected for the Tin House Writers’ Workshop in Portland, USA. His work-in-progress novel was longlisted for the BPA First Novel Award 2020. His non-fiction essays have appeared in The Oxford Student, Feminism in India, and the book Revealing Indian Philanthropy (published by London School of Economics). Santanu has degrees in public policy from Oxford University and in engineering from National University of Singapore. He works as an education consultant and has previously worked with the United Nations, British Civil Service and Teach For India. After having lived in eight cities across three countries, Santanu now lives in north London.

The Secret by Susan Daniels

Susan Daniels lives in Warwickshire and has two grown up children with families of their own. She has a BA in Business and a professional qualification in Finance. For fun, she enjoys travelling, writing and reading. From a child, she has been an avid reader of books of any genre. She started writing after her children left home, discovering there was a latent writer in her soul. Currently, she practices her writing in the early mornings before the day job and plans for a future with more time at home, when she will have the opportunity to write whenever she likes. 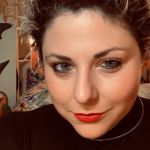 Sara Doctors is a creative producer from North London. A specialist in large scale collaborations, she has curated and produced festivals, events and public programmes for partners including the Horniman Museum, the Old Vic Theatre and the Royal Botanic Gardens, Kew. As a writer and researcher, she specialises in the anthropology of food and plants, telling the stories of migration through the food people grow and eat. In 2019 she was a finalist for both the Young British Foodies (YBFs) award and longlisted for Sunday Times AA Gill Prize. She is currently researching a book on Jewish diaspora foodways and writing her first novel. 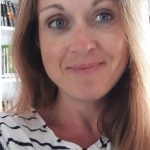 Carla Jenkins is currently completing an MA in Creative Writing at Exeter university and editing her first novel Fifty Minutes which was longlisted for the Bridport First Novel Award in 2020 and placed as runner-up in a Curtis Brown competition earlier this year. An ex secondary school teacher, she now runs Creative Writing for Wellbeing classes and is passionate about how writing can be used to make something positive from the painful. Carla also enjoys yoga, walking, birdwatching and volunteering for Read Easy, a charity which helps adults learn to read. 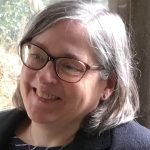 How to Watch Your Mother Die by Penny Kiley

In another life, Penny Kiley was a music journalist, starting out as the Melody Maker’s Liverpool correspondent and token punk rocker in the late 1970s. She also wrote for Smash Hits during the early ’80s, and later became pop columnist for the Liverpool Echo. She now works as a freelance writer and editor. She blogs intermittently, and has completed a memoir. She is #ActuallyAutistic and, after a late diagnosis, is still recovering from 60 years of masking. The mask didn’t work very well anyway. Twitter: @pennykiley 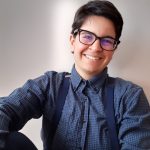 SJ Lyon is a London based writer and advocate with both Lebanese and British origins. She has a background in the charity and voluntary sector, frequently working with marginalised groups. Her writing, in fiction and memoir, focuses on the state of ‘otherness’ and exploring the vulnerability and underestimated strength at the heart of it. In fiction and memoir, she navigates the complexities of cultural identity, sexuality, gender, trauma, history and politics with the enduring need to be seen and heard for who we are. She has also been a queer community member, printmaker and gardener.

Laura McDonagh is a writer from Washington, Tyne and Wear – a town her Irish parents ended up in ‘by accident’ – now living near York. She’s interested in memory and the 90s, working class stories, what we mean by ‘home’ and the experience of the Irish in Britain. She has written for Severine and MIROnline and was part of the Penguin WriteNow scheme in 2020. You can find her on Twitter and Instagram as @hey_laura_mc. 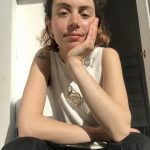 Taken and Left by Imogen Phillips

Imogen Phillips lives in Brighton and has just started saying ‘writer’ when people ask her what she does. She writes short stories which dive deep into the mess and murk of womanhood. ‘Taken and Left’, her submission to this year’s Spread the Word prize, is her first foray into life writing. Imogen has written fiction, poetry and journalism for various online and print magazines, and has an MA in Creative & Life Writing from Goldsmith’s. 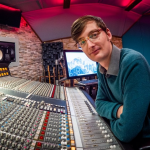 Matt Taylor is a relatively new writer; this is not only being his first writing competition, but also his first publication. He was born on Isle of Man, where he grew up in the care system, and learnt that writing is the only way he could make sense of it all. At the age of 16, he moved to mainland UK to forge a career in the music industry. Matt is currently a recording engineer, a director of the Music Producer’s Guild, and also studying an undergraduate diploma in creative writing: non-fiction at the University of Cambridge. 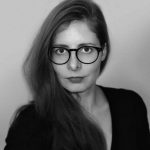 Lois Warner is a writer currently working on a volume of poetry, more short stories and a novel. Previous careers include bookseller, farmhand, chambermaid and nurse – including stints in Kenya and Europe, all of which have been rich sources for stories and inspiration. She is an avid collector of books, music records and natural curios and currently lives near Norwich with her much loved dog. 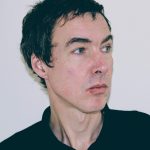 The Strawbs by Pete Williams

Pete Williams lives with his wife and son in south-east London. He works as a librarian at Birkbeck. A late starter, he became interested in life writing after reading Karl Ove Knausgaard. 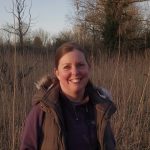 By the Wayside by Nic Wilson

Nic Wilson is a writer and mum to two budding naturalists. She writes for The Guardian Country Diary and national magazines including Gardeners’ World, BBC Wildlife and RHS The Garden. She is a contributor to the forthcoming anthology Women on Nature edited by Katharine Norbury, due out in May. Nic enjoys literary research and writes for the John Clare Society Journal. She is currently writing a book about the nearby wild.

Spread the Word is delighted to list 76 writers whose work reached the final reading stages of the Prize – the top 9%. Well done to these writers for reaching the penultimate stages of this year’s Life Writing Prize:

We know it takes heart and guts to submit your writing into this Prize, and we are grateful to everyone who enters.