Got a question about commercial fiction? Bookouture’s brilliant editorial team share their knowledge on this genre. Read on for more… 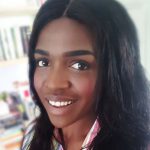 What is commercial fiction?
Answered by Publishing Executive, Leodora Darlington

If you’re struggling to decide whether your writing is commercial, one question you can ask yourself is ’Does this book clearly sit in a genre?’. If you can easily call it crime fiction, historical romance or domestic suspense, then it’s commercial! It’s worth mentioning that this rule adheres less well to science fiction and fantasy novels, which have a clear genre but can still sit in a very literary bracket. It is also worth mentioning that ‘book club’ is often used to describe fiction that sits between the worlds of literary and commercial fiction. Some great examples would be Little Fires Everywhere by Celeste Ng, Eleanor Oliphant is Completely Fine by Gail Honeyman and Where the Crawdads Sing by Delia Owens.” 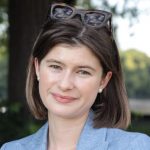 “Well, firstly to speak from a publisher’s point of view, commercial fiction really is the bread and butter of your fiction list. From outside the trade, you might think about a publisher in terms of the titles that have, for example, won The Booker Prize. But it will be the commercial fiction which consistently hits the Sunday Times and Amazon bestseller lists that drives the core of the business.

From a reader’s point of view, commercial fiction is important chiefly because of the accessibility of the storytelling and the way it’s able to connect with such a large base of readers. If a commercial thriller has sold a million copies, that’s a pretty significant link between a million readers, all from different walks of life. In our increasingly polarised times, I don’t think those links should be underestimated.

We are seeing so much more commercial fiction published and consumed in electronic formats too, which also boosts the accessibility of these titles. Think about the demographic of readers who can afford to buy a £20 hardback and then the demographic who are able to purchase a commercial novel for £0.99 in ebook. One of the things I love most about publishing commercial fiction at Bookouture is how accessible we can make all of our books.

I also think one of the important things about commercial fiction as a reader is the many different roles it can play. There are people out there who devour a book a week (or more!) and then there are readers who read just one book a year on their holiday. The reading experience for each reader (and all those in between) is just as important, and commercial fiction caters to each and every one of them.” 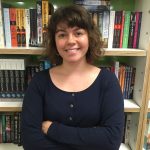 What are the popular misconceptions about commercial fiction?
Answered by Commissioning Editor, Therese Keating

“The most harmful is the idea that commercial fiction is by definition not well written, or is ‘trashy’. There’s a real skill to being able to write a book that tells a story first and foremost, that places the characters’ voices and the demands of the plot above stylistic flourishes, and that balances reader expectations for, e.g., a police procedural or a rom-com while keeping them engaged. Meticulously crafted sentences that shine like jewels aren’t the aim here if it means they distract from your immersion in the story.

A related misconception is that commercial fiction is fundamentally lightweight or disposable. These might not be the books that dwell explicitly on the meaning of life and the universe, but they very often are the books that get us talking and can stick with us for life. Gone Girl gave us a female villain for the ages, who’s as thought-provoking – seriously, so many think pieces on Amy Dunne! – as she is horrifying. Liane Moriarty is as forensic on relationships in small communities as Middlemarch. Just because a book is easy to read doesn’t mean it doesn’t have great things to say.” 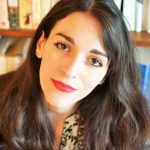 “A good commercial fiction novel should be easy and entertaining to read, with broad appeal for a wide audience. We look for manuscripts that are fast-paced and tightly plotted, regardless of genre – we’re not after a book full of beautiful prose where nothing happens. Good commercial fiction should also have a strong hook that will immediately draw in potential readers: ideally, you should be able to summarise the central issue of the book in one intriguing sentence. Finally, we’re after characters readers can feel invested in, whether that’s cheering on a heroine or enthusiastically hating a serial killer.” 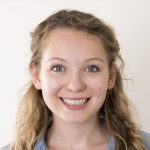 What makes a submission stand out?

“When I’m thinking about the commercial potential of a book the most important things I’m considering are: 1. What is the hook and how quickly do we get to it? and 2. Where does this book sit in the market? If you keep these two ideas in mind when you pitch your novel to an editor (or agent), it will make it much easier and clearer for us to think about how we could then pitch and sell your book to readers.

For a commercial novel, the hook is the key bit of the story which will grab a reader’s attention and make them want to read on. The submissions which stand out for me are ones where the author is really clear about what this hook is in both their pitch and also the opening chapters of the novel. Think about someone starting the book, and how you want them to be immediately swept up in the idea and desperate to keep reading to find out more.

I also think about the market and potential readers when assessing submissions. I hope that you are a reader as well as a writer (after all I am a reader as well as an editor) so when you write your pitch please tell me which authors or novels you feel your book sits alongside. Be ambitious; pick well-known authors and novels that indicate to an agent that if they loved them, they’ll certainly love what you have to offer.”