Our regular feature ‘London’s Bookshops’ celebrates independent bookshops across the capital. Uli Lenart at Gay’s The Word, based in Bloomsbury, gave us a fantastic interview about the shop’s history, his opinion on the rise of LGBT+ voices in literature and what new visitors should look out for. This month, in celebration of Black History Month, we’re showcasing New Beacon Books – the first independent publisher for Caribbean and Black interest fiction and non-fiction in the UK.

Aliya Gulamani: 2016 seems to have been a year of two halves for New Beacon Books – on the one hand, it was the bookshop’s 50th year anniversary and then later its directors took the decision to close it. Tell me a bit more about that particular period?

Michael La Rose: Since 1966 the vision of the founders of New Beacon Books John La Rose and his partner Sarah White has been that New Beacon would be more than a bookshop. John’s vision was informed from his radical anti-colonial struggles, union activity, the multilingual creative and literary Caribbean region and his artistic endeavours as a poet.

For 50 years New Beacon Books operated as a retail specialist bookshop making available books from the Caribbean, Africa, America, Asia and Europe for children and adults. It ran an international book service distributing books all over the UK and Europe and was also a publishing house, bringing writers to the public in metropolitan societies in Europe from third world thinkers, poets, novelist historians, economic theorists and artists. In addition, New Beacon Books was also a base for people. To be more precise, in the keynote speech at New Beacon Books’s 50th year Celebration” at the British Library London in December 2016, I described the bookshop as ‘a safe harbour – a Quilombo and resource for radical movements, organisations and activists in struggle.’

For 50 years, New Beacon Books achieved a tremendous amount but like all small specialist bookshops in the modern book trade operating during the technological age, it struggled financially. The bookshop was going to be closed but Vanessa La Rose and her husband, Renaldo launched a campaign to stop this from happening.

Aliya: It seems that the survival of New Beacon Books wouldn’t have been possible without support from volunteers and the local community – how important is the community in keeping bookshops such as yours alive?

Michael: For a long time New Beacon Bookshop was a box of books brought to meetings. Then it became a room in the front room of a private house and finally a retail shop front bookshop on Stroud Green Road, Finsbury Park. We ploughed profits back in to the business and employed only 1 or 2 people over that 50 year history. This means that the majority of the people who worked at New Beacon Books were volunteers. So definitely, without them, we would not have survived for 50 years.

When we formed the New Beacon Development Group after January 2017 to attempt to keep the bookshop open we used the same ideas for the new incarnation of New Beacon Book shop. We were clear we wanted to bring New Beacon Bookshop to a new generation – it has been such an exciting adventure so far. An important part of our redevelopment was to reconfigure the space to allow for more money streams alongside the bookshop’s function as a meeting place for activists, artists and literary people in struggle. We went to the community with a social media campaign alongside video presentations and Go Funding. The community response of support, volunteers and financial donations has been, and continues to be, fantastic.

Aliya: Now you’re sporting a brand new look – I love it! What inspired the new design and how have people been responding to it so far? 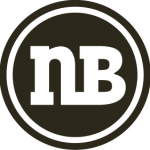 Michael: The new design and layout was inspired by Vanessa who wanted to merge elements of our history with a contemporary look and she’s done a fantastic job. Our customers – old and new really love it and it now stands out on the road for the right reasons.

Aliya: The renovation has also enabled New Beacon Books to hold more books than before – you started out as specialising in Black British, Caribbean, African, African-American and Asian literature, do you still consider yourself to be a specialist bookshop and if so what are the pros and cons of this?

Michael: We are definitely still a small independent specialist bookshop following our vision and ideology established 50 years ago. There are many pros and cons about this. We know what we want to achieve but we need to find money to allow us to survive: a bookshop depends on regular walk-in buyers. We have been going out to the public with book exhibitions like TfL, Africa Writes, Huntley conference etc. We are also trying a new approach and new ways of supporting the retail bookshop function with meeting and function space, jewellery and art retailing franchising, a juice and coffee bar , wifi, seating , children’s area. We are currently putting together a programme of events so keep in touch through the New Beacon Books website!

Aliya: How do you make decisions on which books to store in the shop and who is responsible for these decisions?

Michael: We use the experience of the New Beacon Books directors  – Janice Durham and myself. We have worked in New Beacon Books for a very long time and bring a lot of knowledge and expertise to our work. We also have people who inform us about new books as well as authors and publishers who want us to stock their books. We have to be very careful not to overstretch ourselves in this period and are very conscious of space we have to display and store books.

Aliya: In addition to showcasing a brilliant selection of books, New Beacon Bookshop has a very rich history of engaging with Black culture and politics including the New Cross Massacre Action Committee, the Caribbean Artists Movement and the Black Parents Movement. What current projects are you involved in?

Michael: Currently we are hosting the James Baldwin study group discussing and analysing the work and context of this literary giant presented by Michelle Yaa Asantewa. Certainly, there’ll be more coming – watch this space (and follow us online!)

Michael: The building at Stroud Green Road has New Beacon Bookshop on the ground floor and the George Padmore Institute (GPI) – an archive, education resource and research centre housing materials relating to the black community of Caribbean, African and Asian descent in Britain and continental Europe.

To find out more about New Beacon Books, visit their website newbeaconbooks.com/