Writing a picture book:
iii. How to edit your work

If you’ve read the previous blog posts from Justine Smith on writing Picture Books, you should hopefully have a first draft to hand. Onto the next step: editing. Read on for tips on what to look for when editing your own work in part three of our Picture Book blog series, formed in collaboration with Bell Lomax Moreton.

I began this blog series by talking about ‘voice’ in picture book writing. What is meant by ‘voice’? I think it’s useful to think of this quite literally as the cadence, as well as the meaning of your words when read-aloud – their rhythm and texture, nuance, wit, and heart. In my second blog, I suggested writing all the way to the end of a first draft, no matter how terrible you think it is. The advantage of writing as fluently as you can without over-thinking, is that you may start to put down sentences in a rhythm that you can begin to identify as your own. As well as advising you to read your own work aloud, I’ve also stressed the importance of reading as many picture books as you can, to develop your own taste. As you review that first draft you will be using the acumen you’ve gained from reading widely, to help you decide what sounds like quintessentially ‘you’ when you read your work aloud.

Try this: putting your work up on the wall.

It can be incredibly difficult to read one’s own work with a discerning eye when one is so close to it. One suggestion is to put the work aside for a while – a couple of weeks, at least – before returning to it. When you do, it can be interesting to look at your story in a different dimension – by putting it up on the wall. Write or print out your text in sections and pin these up on the wall in a horizontal line. Consider cutting or simplifying some scenes that could be better delivered using illustration – some descriptions for example (you may choose to leave some in, too). Looking at the book more visually (like a landscape) should help you consider the potential part illustrations may play in your story. Seeing it this way may also give you an idea of how you might move text around to make use of a page turn. Standing back to look at the overall shape of your narrative can help with identifying not only elements to edit out, but also what may need to be added in. Some writers may also find it helpful to paste their text into a rough dummy book, for similar reasons.

Why do the best picture books appeal to both children and adults? Perhaps because on some level, neither the writer nor the illustrator (sometimes the same person) have ever forgotten how they felt as children. It can never be said often enough, that picture books are designed for shared reading – they are for pre-reading children (and newly fluent readers who still enjoy being read to) – so they must appeal to children – and they will be re-read many times, so they must also win over adult readers. If some aspect of the story is left unsaid or implied, for both the child and the adult reader to discover for themselves – its impact will be all the more powerful. And if you don’t spell everything out for that first reading, then once children have become familiar with the story, they get to anticipate and predict what’s coming on further readings. Children love this! By leaving some things unsaid, you are inviting interaction and play. As an example, remember that illustration can be used to contract what the text says (picture book readers of all ages love this!).  And you can also use dialogue to imply (rather than state) how your character is feeling.

At the risk of generalising, once your first draft is done it’s easy to make the mistake of getting very attached to an opening, or a certain passage, or an ending which could actually evolve in a more surprising, interesting or challenging direction, if you are feeling flexible. In previous blogs I wrote about developing authentic and distinctive characters. Following your characters’ reactions and interactions – looking for emotional connection rather than concentrating on plot – may take your story in a direction that requires a reworking of the ending you had set your heart on. Give it a try if that happens – you may end up with something unique! 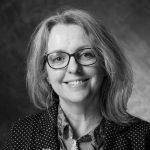 Justine joins Bell Lomax Moreton from Pan Macmillan, where she has been commissioning and acquiring picture books. She is an experienced and versatile editor who has worked at Penguin, Dorling Kindersley, Templar and Big Picture Press in senior publishing roles.

Justine has worked in animation as a script editor – and also holds a Postgraduate Diploma in children’s illustration. She has developed, edited or published bestselling and award-winning children’s tv shows, baby and preschool books, picture books, non-fiction, 5 – 8 and middle-grade fiction.

At Bell Lomax Moreton Justine works with authors and illustrators to help shape their work for submission to publishers.