Spread the Word is pleased to announce the 30 winners of the London Writers Awards 2019. The Awards aim to increase the number of London-based writers of colour, working class, LGBTQ+ and disabled writers being taken up by agents and publishers.

Selected through open application, with judges including award-winning writers, editors and agents, the 2019 London Writers Awards’ winners are:

You can read the full bios of the London Writers Awards 2019 awardees at: spreadtheword.org.uk/london-writers-awards 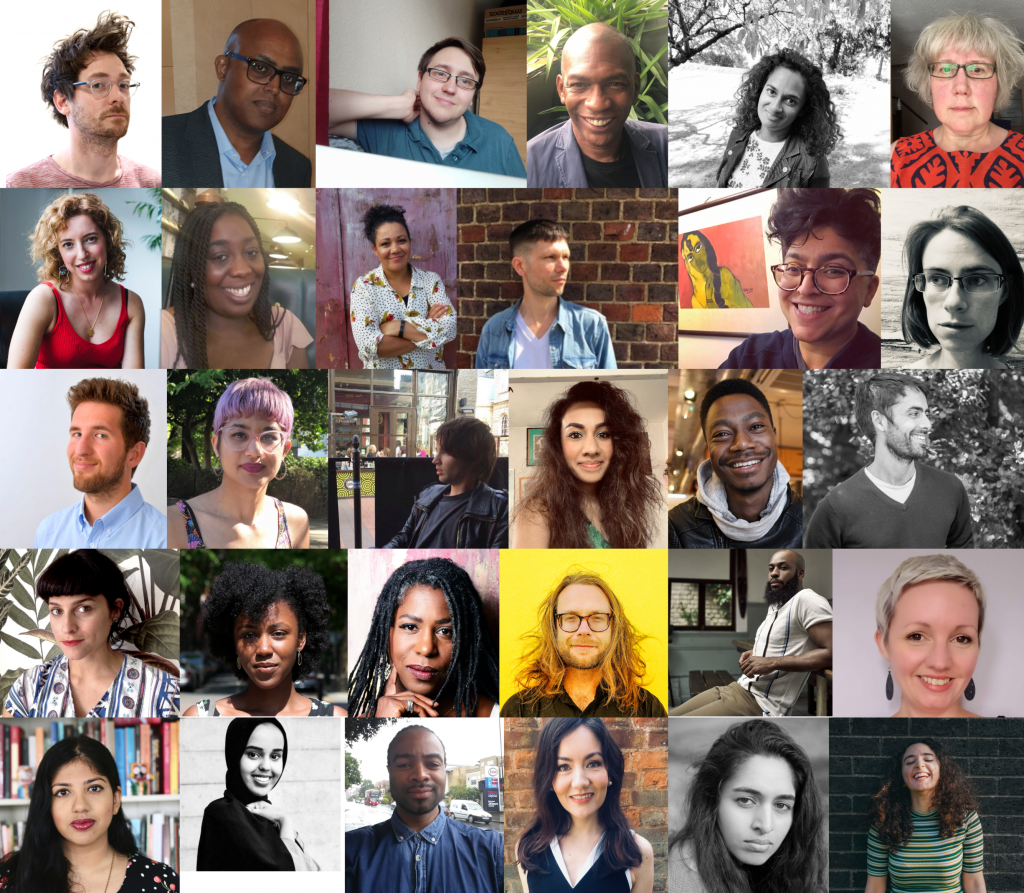 Derek Owusu, London Writers Awards 2019 judge and author explains: “The face of British literature is changing, becoming more recognisable and inclusive, progressive and richer overall. The London Writers Awards is adding to the make-up of this evolution and I am proud to be part of the judging process, giving underrepresented writers the opportunity to create and carve a space for themselves in the landscape of fiction and non-fiction.”

Rishi Dastidar, Chair of Trustees, Spread the Word said: “I’m delighted that the London Writers Awards are returning for a second year, and so a new cohort of  under-represented writers get the chance to hone and polish their skills so they’re ready when the publishing industry comes calling. Across all genres of fiction and non-fiction, we have found writers with different life experiences and backgrounds, who are united by one thing – their undisputed talent and ability to tell the stories that we should be hearing. It also again reminds us that the future of storytelling is to be found in London, and I’m delighted that we have the chance to help bring this future closer.”

The winners will participate in a free intensive nine-month development programme which will include masterclasses led by bestselling authors such as Abir Mukherjee and Rowan Coleman, and career focused sessions supported by publishing and agency partners including Felicity Trew from the Caroline Sheldon Literary Agency.  The Awards will culminate in a showcase event in May 2020, where the writers will be introduced to the publishing world.

In 2019, four bursaries and access funds have been awarded to ensure equality of access and participation for all Awardees. The London Writers Awards receive support from Arts Council England and the Esmée Fairbairn Foundation, and sponsorship from the Authors’ Licensing and Collecting Society (ALCS).

Spread the Word welcomes the support from the publishing industry. Agents, editors and publishers wishing to get involved in the programme can find out more by contacting Bobby Nayyar, Programme Manager at Spread the Word: bobby@spreadtheword.org.uk