She stops at the stand with the most variation of mocha, scans the line of lipsticks, picks up flamenco and cherry. Hovering her phone over her palm, she takes a photo, uploads it to her Insta Story. The caption: ‘Hmm. Which one should I go for?’ She goes for the flamenco.

Next stop, M&S, straight to the wine aisle where she grabs a bottle of Chardonnay. Three U-turns later, she locates the plastic flutes and heads to the self-checkout tills. She scans the items, one after the other, places them on the weighting-scales. She takes out her phone, surreptitiously, takes a photo.

emoji). She uploads it to her Insta Story.

All the way to the car park, her phone buzzes in her pocket. She enters her car, puts it into gear, back to neutral again. She gets out her phone.

Thirteen reactions, mostly from people who she doesn’t know.

She places her phone in the cupholder and drives off.

The nurse does her duty of leading her to the room; the smell of hot rice pudding which once made her hungry now pushing bile up her throat. She stands by the door for a moment before perching on the chair beside the bed. She wills herself to smile, places a hand over the frail, veiny one. The same hand that clung to her shuddering shoulders when she revealed she was getting a divorce.

Through milky, blood-flecked eyes, her mother stares at her, bewildered. Truthfully, she too, barely recognises her mum, what with her winter white hair and gaunt, hollow cheeks dappled with brown skin tags and liver spots. A young Dorothy Dandridge, she was famous for her dinner parties. Her stiletto heels leaving square grooves on the pale carpet, as she tottered around the table, topping up wine glasses.

The memory brings a smile to her face. She will celebrate her mother’s birthday; the mother she knows.

‘I brought you some of your favourite things,’ she says, placing the recently purchased items on the table.

She rests her hand over hers again.

And when her mother’s eyelids become too heavy and flutter close, she slithers it away and reaches for the lipstick. As light as a feather duster, she dabs it on her mother’s cracked lips, the flamenco, gradually, illuminating her former self.

Channelling her mother, she pours Chardonnay into a plastic flute. Gingerly, she leans against the headrest as she holds it by the spine. She reaches for her phone, raises it, takes a few snaps.

She stares at one; tears prick her eyes.

Blowing out her cheeks, she taps on Instagram, gloop bubbling in her stomach. She closes it.

Some moments are just meant for you. 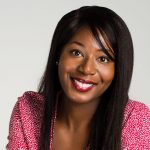